Fill out this form or get in touch with us here:

The Harley Street Dental Studio was established by Dr Mark Hughes in 2003 with the express aim of creating a complete dental care centre of superlative standards, which embraced every aspect of contemporary dentistry and drew on the talents of the most skilled exponents in the dental profession. 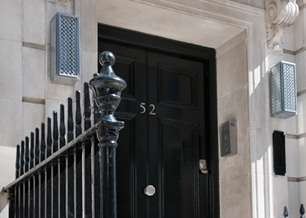 He was joined in his endeavour by Adam Thorne, who embraced the same vision and in January 2008 the HSDG began expanding. Now the Harley Street Dental Group has grown in influence and comprises clinics in some of London’s most desirable addresses; Harley Street. The renowned Harley Street Studio, once situated in 42 Harley Street has expanded into 52 Harley Street – following a complete refit and has been merged with our practice at 11 Harley Street to create one centre of excellence in London's most prestigious medical district.

The group is constantly evolving and driving organic growth. It is always on the lookout for growth by acquisition opportunities with the right people in place.